Beginning of the New Town

"Basildon will become a City which people from all over the world will want to visit. " - Rt. Hon. Lewis Silkin 1948.

Basildon started as a small rural village, which, according to the Post Office Directory of 1869 had a population of 157, that had increased to 644 by 1929!

Many weekend residences began to spring up as the railway 'opened up' the area for Londoners. This gave rise to the erection of 'shacks' which were served by unmade roads and had no services. The land was cheap and so this type of development grew out of all proportion. One company selling land at Pitsea and Vange between 1901 and 1906 gave away free champagne lunches and free railway tickets.

By 1949 Basildon had grown into a collection of small, rural communities, most notably at Laindon, Vange and Pitsea, with a population of roughly 25,000 living in 8,500 homes but 6,000 of these homes were not connected to the main sewers!

During the First World War a spectacular air battle took place over Basildon. On the evening of 24th September 1916, the German Zeppelin L32 was brought down in flames killing its crew of 22. The bodies were originally laid to rest in Great Burstead Churchyard, but were later moved to the German War Cemetery in Staffordshire.

The skies over Basildon saw more air battles during the Second World War when hoards of enemy bombers flew over the area en route to London. Often the raiders were intercepted over Basildon by the Hurricanes and Spitfires based at Hornchurch.

An inquiry was set up after the war to deal with the post-war inner city housing problems, the concept of New Towns was developed. Alma Hatt, the then Clerk to the Council of the Billericay Urban District Council, saw an opportunity to build a future for the whole of the Basildon District, and at the same time improve sanitation, housing and communications throughout the District.

The idea was not welcomed initially by some local people, who could see their traditional way of life and communities taken away, but it was believed that the benefits of creating a New Town in Basildon far outweighed any reservations and on 4 January 1949 the Designation Order was signed. 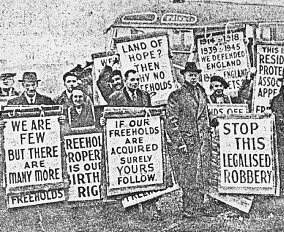 The Basildon Development Corporation was appointed in February 1949 to co-ordinate the development of the New Town and its successor, the Commission for the New Towns.

In September 1948 the Rt. Hon. Lewis Silkin. Minister of Town and Country Planning in Clement Attlee's post war Labour Government attended a packed public meeting at Laindon School and said: "Basildon will become a City which people from all over the world will want to visit. It will be a place where all classes of community can meet freely together on equal terms and enjoy common cultural recreational facilities."