How the Youth Mayor is selected, what their role is, and introducing our Youth Mayor for the year 2021/22.

How is the Youth Mayor Selected?

Membership of the BBYC is open to any member of the borough between the ages of 11 and 19.  The BBYC holds their own Annual General Meeting during May, to which it appoints certain roles to its members.

The BBYC are an independent group of interested young people who meet fortnightly to examine the issues that affect young people living in the borough and take appropriate action.

The BBYC is supported by an officer from the Basildon Council Communities Team and an officer from Essex County Council Youth Service who provide advice and guidance to the group to ensure effective delivery of BBYC projects.

Regular meetings with Basildon and County Council officers, service providers and other young people has enabled the BBYC to convey the views of Basildon's young people to the authorities, on local issues affecting them over many years.

What is the Youth Mayor's role?

The Youth Mayor acts as a role model for young people and an advocate of citizenship and pride in the borough, mirroring the role of the existing Civic Head. The appointee represents the council at an agreed schedule of Civic engagements within the borough, wherever possible outside of school hours, attending alongside either the Mayor or Deputy Mayor.

Due to the nature of the BBYC work  and the links they have with the council providing a focus and a channel for young people's views to be heard, the Youth Mayor is a major influence in promoting the image and importance of young people at a local, and possibly regional and national level. 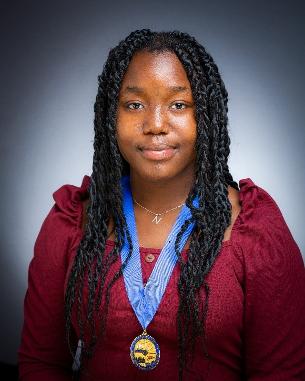 For many years I have been a member of the Basildon Borough Youth Council, where I am involved in planning projects to improve the Basildon borough for young people. I have always been passionate about making the borough a safe and comfortable place for people to live in.

This year, after being voted Chair of the Basildon Borough Youth Council, I was also given the opportunity of being Youth Mayor. This is an honour I was very proud to accept, especially as this is the first time that young people will have a representative on the council.

As Youth Mayor, I aim to be the voice of young people, ensuring that views and ideas are heard and to act as their representative.