Notice is hereby given in accordance with Section 123(2A) of the Local Government Act 1972 that Basildon Borough Council ("the Council") intends to dispose of an area of public open space being land at St Martins Square, Basildon, Essex SS14.

The area which is proposed to be sold comprises approximately 45 square metres of land. It is intended that a leasehold of the area be granted to the adjoining owner for inclusion within a wider the development of their land.

Copies of a  plan showing the approximate position of the affected land may be inspected free of charge during normal office hours  Monday to Friday at the Basildon Centre, St Martins Square, Basildon, SS14 1DL.

By virtue of Section 123(2A) of the local Government Act 1972 the Council is required to give formal notice of its intention to dispose of public open space and consider any objections to the proposed disposal.

Any objection or representations regarding the proposed disposal should be made in writing to Callum O'Shea ( Callum.Oshea@basildon.gov.uk ) no later than 12 noon on 7th August 2020. The grounds for any objection should be stated.

Area of land proposed to be disposed shaded pink on plan below. 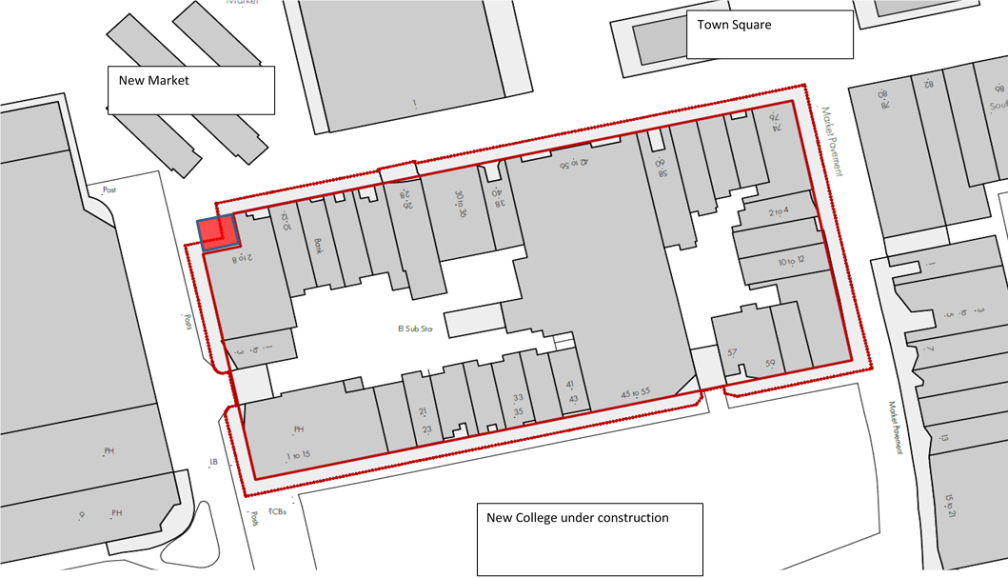